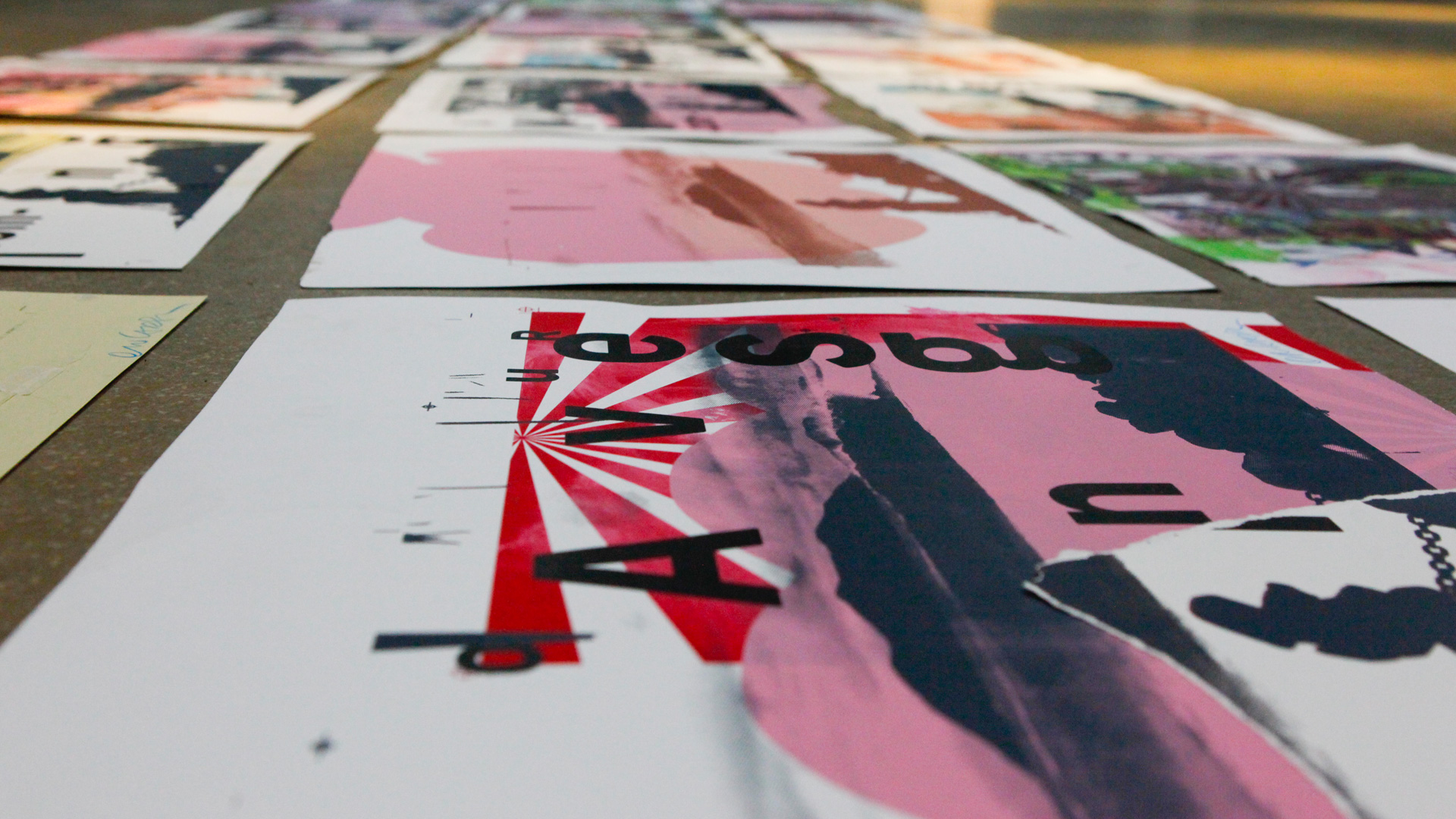 MAD is proud to host the largest and first comprehensive look at the groundbreaking and internationally acclaimed work of David Carson, “one of America’s most important artists,” according to the Smithsonian Institute Magazine. The American Center for Design called his early graphic design work, ”the most important work coming out of America,” while Creative Review magazine in London called Carson “the art director of the era.” Eye Magazine claimed Carson to be the most googled graphic designer in history.

Apple computers called David “a pioneer with profound impact” and named him as one of the two most important graphic designers in the company’s history.

David, who Casa International magazine in China called the “world’s most famous graphic designer” and Brain Pickings dubbed “the world’s greatest living designer” lectures frequently around the world, and is the first graphic designer to have his own MasterClass.

During this two-night engagement, we will explore three facets of the legendary artist and graphic designer’s career, his iconic magazine design for Transworld Skateboarding, Beach Culture, Surfer Magazine, and Ray Gun; his advertising and branding work for brands including Microsoft, the Macallan whisky, Armani, Porsche, Nine Inch Nails, Nike, Adidas, Bose, Budweiser, Carver Skateboards, Album surfboards, John Coltrane, David Byrne and Prince; and his new original artwork will all be on exhibition, including original work featured in his recent sold-out book (his 5th).

An early version of the exhibition took place in Switzerland and Barcelona. This much more expanded show is now in America for the first time and is the most expansive exhibit of David Carson’s work yet.

We use cookies on our website to give you the most relevant experience by remembering your preferences and repeat visits. By clicking “ACCEPT ALL”, you consent to the use of ALL the cookies. However, you may visit "Cookie Settings" to provide a controlled consent.
Cookie SettingsREJECT ALLACCEPT ALL
Manage consent

This website uses cookies to improve your experience while you navigate through the website. Out of these, the cookies that are categorized as necessary are stored on your browser as they are essential for the working of basic functionalities of the website. We also use third-party cookies that help us analyze and understand how you use this website. These cookies will be stored in your browser only with your consent. You also have the option to opt-out of these cookies. But opting out of some of these cookies may affect your browsing experience.
Necessary Always Enabled
Necessary cookies are absolutely essential for the website to function properly. This category only includes cookies that ensures basic functionalities and security features of the website. These cookies do not store any personal information.
Non-necessary
Any cookies that may not be particularly necessary for the website to function and is used specifically to collect user personal data via analytics, ads, other embedded contents are termed as non-necessary cookies. It is mandatory to procure user consent prior to running these cookies on your website.
SAVE & ACCEPT